With all the leaks ahead of Apple’s big event this week, we thought we knew all about the iPhone X. It’s just a $999 combo of iOS, a bezel-less OLED screen, wireless charging, and a polished glass back, right? We’re familiar with all of those things, even the eyebrow-raising price, from the world of Android, so the radically redesigned new iPhone flagship shouldn’t feel all that radical. But for myself (and, I imagine, most current iPhone users), Apple’s presentation threw up more questions than answers, and it positioned the iPhone X as the most enigmatic phone we’ve seen in years.

Here’s a rundown of the things I’d want to know more about before passing judgment on this most fundamental of iPhone redesigns:

HOW GOOD IS THE NEW SWIPE-BASED INTERFACE?

If you want to talk about a revolution for hundreds of millions of smartphone users, Apple’s removal of the iPhone’s home button is it. A decade’s habit of hitting the home button to safely return to your starting position is being wiped out with this change in the iPhone X. Every non-techie I know, when encountering a new mobile device, has looked for a home button, not a home swipe. We practically yearn for an escape hatch when we dive into new software. Apple is saying / assuming that the mainstream phone user is now savvy enough about gestures to adapt to a new UI built around them.

How do the iPhone X gestures actually work in practice? At first blush, I can’t say that the idea of swiping up from the bottom to return home is particularly intuitive, and neither is the distinction between a swipe down from the left of the screen’s monobrow (for notifications) and a swipe down from the right (which pulls up the iOS Control Center). Users are likely to adapt, as they have adapted to Apple’s other significant changes like the removal of the headphone jack, but that won’t mean they’ll necessarily like or prefer it. 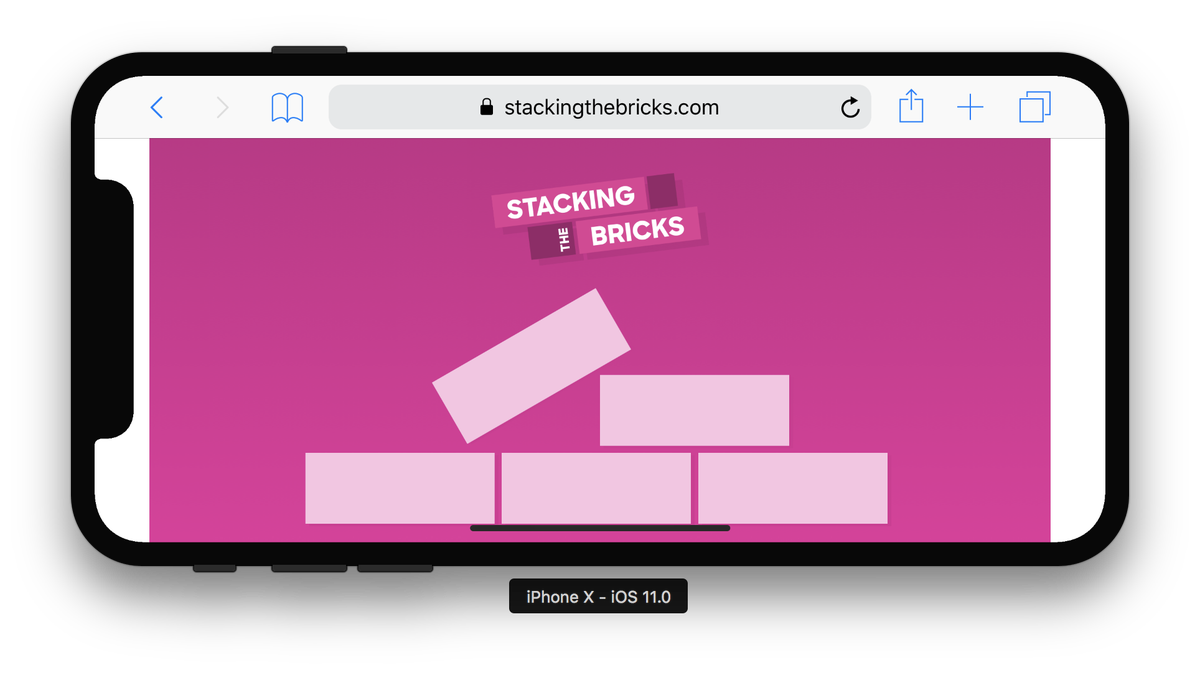 Another major question with respect to interactions on the iPhone X relates to how the bezel-less bottom of the phone will work. Apple has issued design guidelines saying “Avoid explicitly placing interactive controls at the very bottom of the screen” to developers who’ve had their controls in a strip at the bottom of the screen since forever. It’s not obvious where those UI elements are supposed to be now. The upheaval for app makers will also include a new, narrower aspect ratio on the iPhone X, which will generate letterboxing effects for things that haven’t been tailored to the new screen. Videos are the most benign example of that, but I expect there’ll be an uncomfortable transition period as devs rejigger their software to play nice on this new canvas.

As last year showed, Apple isn’t afraid of sacrificing a good and useful thing about its phones to make some other, hopefully better, thing possible. In 2016, the victim was the headphone jack, and in 2017, the home button’s omission in the iPhone X puts an end to the Touch ID fingerprint authentication that everyone’s grown used to. Replacing the established biometric ID method is a new, highly advanced form of facial recognition that gets the self-explanatory title of Face ID.

DID APPLE MAKE THE CHANGE BECAUSE IT BELIEVES FACE ID IS BETTER OR BECAUSE IT JUST REALLY WANTED THAT ALL-SCREEN FRONT?

Here’s the question: did Apple make this change because it truly believes Face ID is the more secure and convenient method to unlock your phone and authorize payments, or was this switch driven by the desire for an all-screen front? Insider reports of Apple trying to integrate Touch ID under the screenuntil the last minute (and even pushing back production by a month) would suggest the eventual absence of it was a compromise rather than a deliberate design choice.

One of Apple’s demos on stage yesterday involved using Face ID to authorize an Apple Pay purchase, which seemed to me a rather awkward experience. Whether using an iPhone or Android device, I now make most of my everyday purchases with the help of Apple / Android Pay and a finger placed on the fingerprint reader. This can be turned into muscle memory with most devices, and it can be executed with the speed and grace of a Magic Johnson no-look pass. But now Apple demands that I have to look at my phone to get it to make the payment.

Aside from the basic ergonomic differences between them, Face ID brings up potential security issues that Touch ID didn’t have, such as someone unlocking your phone by just holding it up to your face. Apple has put preventive measures in place, including the demand for the user’s eyes to be open, and it does claim there’s a much lower chance of Face ID being spoofed or fooled than Touch ID. But still, even with a 1 in 1,000,000 chance of another person successfully logging into your phone via Face ID, biometrics remain a less secure (both practically and legally) method to keep your private data private.

Face ID will have to win over skeptics with a high degree of reliability, accuracy, and convenience. Apple spent a considerable portion of its iPhone X presentation on this subject, and with good reason.

WILL THE GLASS BACK HOLD UP OVER THE LONG RUN?

By this point in smartphone history, almost every phone vendor has tried doing a glass-back phone. Sony did it for years with the Xperia X devices, Samsung has committed to it in a big way since the Galaxy S6, and this year both HTC and LG embraced the idea with their premier devices. Apple itself offered a glass sandwich with the celebrated iPhone 4 design, so there should be few mysteries for its engineers. Glass is RF-transparent, unlike aluminum, and it’s an easy way to make wireless charging possible while still retaining a premium look to a device. 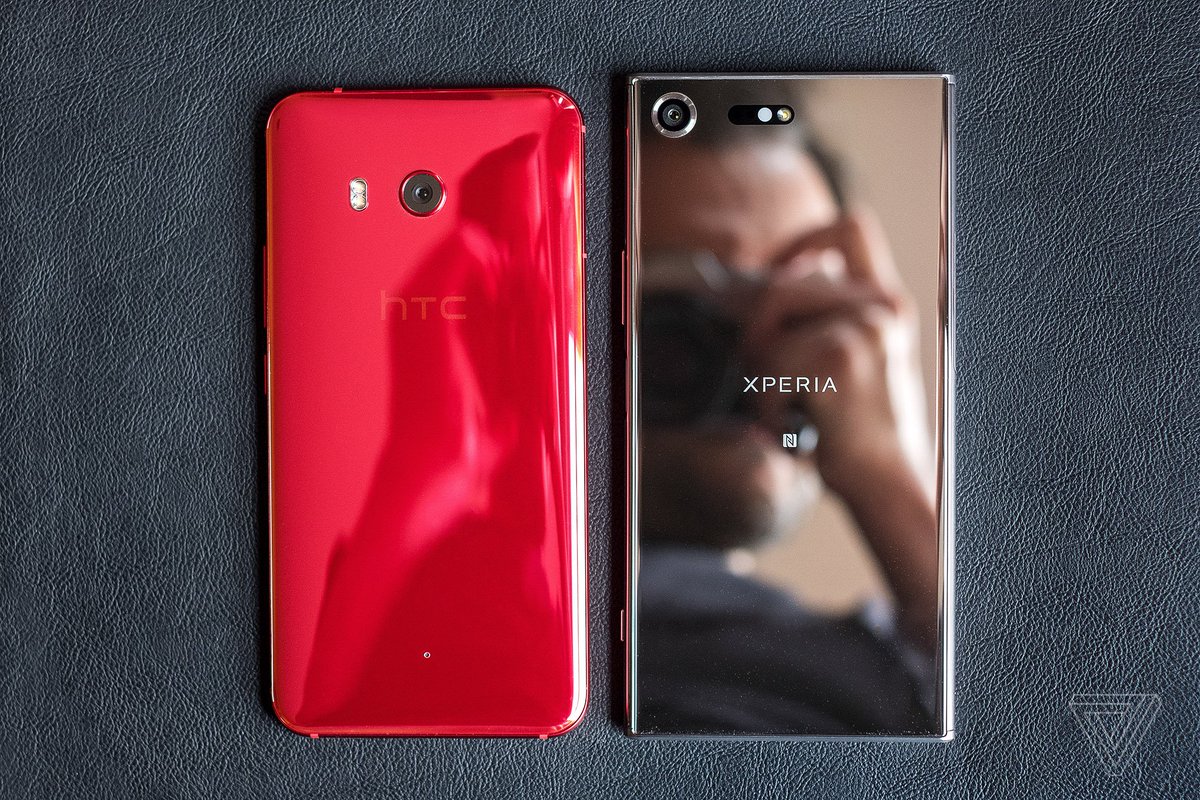 My issue: glass backs are appallingly difficult to maintain and, more often than not, end up cracked just like the glass screens on the front of the phone. When I reviewed the Xperia Z5 in 2015, I liked the look of its frosted glass back, but I managed to break it without ever dropping the phone. A survey of other frustrated Xperia users over the years will show that wasn’t an uncommon occurrence, and it probably explains why Sony has now moved to an aluminum unibody design.

EVEN THE HARDEST, MOST DURABLE GLASS IS STILL GLASS

Apple being Apple, the company claims that it has the hardest, most durable glass ever put on a smartphone. Samsung made similar claims when it launched the glass back on the Galaxy S6, and that phone and its succesors have generally held up well. But it’s still glass, the same material that is used as a byword for “fragile” when describing boxers with a “glass jaw.” If you’re like me, you might not be able to keep a phone’s screen scratch-free for longer than a month, so doubling the surface area of vulnerability to include the back is just not a recipe for good things happening.

Only long-term use can prove out Apple’s claims and soothe my anxious mind. Either the iPhone X lives up to the durability of its aluminum predecessors — in which case, thumbs up all around — or it will spur a sudden golden age for phone repair businesses.

We have to talk about this. Smartphones as a general class, not just the iPhone, have been drifting up in price over the past couple of years as companies try to differentiate with ever more premium features (which cost more to manufacture). But this upward shift in price hasn’t been accompanied by greater peace of mind through tougher, more durable design. On the contrary, everything’s becoming more fragile, as screens flood out to cover the entire front of phones and glass envelops the rear. When was the last time you actually went a full two years with a single device and its original screen?

PHONE PRICES ARE RISING AT THE SAME TIME AS PHONE DESIGNS ARE GROWING MORE, NOT LESS, FRAGILE

The iPhone X costs $999. You can get a great smartphone for half that price (the Moto Z2 Play is a good example), which will provide you with more than 90 percent of the X’s functionality, even if it might not feel quite as polished or cohesive as the Apple product. Now that Apple has switched to OLED, it’s also raising the price of its AppleCare+ extended warranty to $199, and an iPhone X screen replacement outside of Apple’s covered plan looks to be even more expensive. Think about those numbers in the context of your quotidian trudge through the concrete jungle of a large metropolis: bumping into clumsy commuters, juggling your phone and heavy bags of grocery shopping, or trying to call up a Lyft on a drunken night out.

Many of today’s questions about the iPhone X are inherent in Apple’s premise of this being the phone of the future. Of course the day-one iPhone X apps will be mere adaptations of iPhone apps that were built for different screens, devices, and interaction paradigms. You can’t expect those to be superior right away, but the idea is that the new UI and taller, bezel-starved screen will eventually pay off in a better overall user experience. The same goes for Face ID and the hardware tweaks designed to facilitate useful things like wireless charging.

If you ask Apple, the company will probably tell you that the iPhone X is its no-compromise vision for what a phone should be. I look at things a little differently. The sensor-laden notch at the top of the iPhone X’s screen is an apt metaphor for the compromises Apple had to make: it spoils the perfect all-screen front just a little bit, representing the eternal struggle to balance aesthetic and technical requirements in a thoughtful way. How well the iPhone X strikes that balance is an open question right now. And that’s what makes me wary to reach conclusions until at least the first reviews come in.